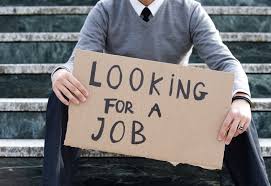 On Thursday, December 28th at 8:04 am I walked into my former company’s office building like any other day; I was 4 minutes late, but my manager wasn’t in her seat to notice so I figured another day, another bullet dodged. At the time I was on my third and final written warning due to tardiness and calling out too frequently, but seeing I was one of the two “go-to” people in the department who on average cleared the most claims per week my ego refused to believe that they’d ever follow through with their threats. Come 9:08 am I was no longer employed with said former company. I was told to hand over my security badge in exchange for my last paycheck and follow a security guards down stairs. I was to wait with her until my manager – or a designated employee – grabbed any important personal belongings. Forcing back the tears trying to fall from my tired eyes, I sat on a too-soft arm chair waiting…and waiting… and waiting. Finally, my supervisor came down stairs with my bag, my coat, and my cell phone. Everything else would be boxed up and sent to me within the next 21 days. My supervisor, as shocked as I was, apologized for everything, I left.

Walking outside with a check for $583 in my hand, and last weeks’ pay sitting in my checking account my first thought was are any bars open this early in the morning? I Googled where the closest open bar was so I could cash my check on my way and drink myself into oblivion. I had over two hours before first rounds could be legally served. There’s always a liquor store. I shook my head as if I was shaking the thought out with the slight movement. I wanted nothing more than to go wash my embarrassment, my failure, down with bottom shelf long islands until some bartender cut me off and I stumbled my way to the next hole-in-the-wall. I could do a lot of damage with the money in my pocket and the thoughts racing through my mind. Sadly, I’d have to wait and patience has never been a virtue of mine.

My next thought didn’t come as a surprise to me. Jump. Onto the train tracks. What else would someone do in my position than kill themselves. (See, over the last decade I’ve conditioned my mind to come up with the most self destructive ways of thinking – of coping – all of which have the idea of suicide lingering amongst the other harmful thoughts.) Nope, you can’t do that one either. Another shake of my head and I started walking towards the train with no destination in mind.

This was the day I finally admitted to myself my mental health – or lack thereof – was affecting my life in every way possible. Before this occurred, I knew it was affecting some areas of my life, including minor parts of my job (coming in late, calling out, not being focused), but I didn’t realize the control I thought I had on my mental health was just a facade.

Two days later I sat down across from my therapist and finally said the words out loud: I was fired… they finally fired me. But you were doing so well? I was. I was doing extremely well – from where I was when I first met him three months prior at least. Not well enough. No matter how hard I worked, how many hours I put in for overtime, no matter how much research I did or how many claims I had set to pay, it wasn’t enough to overlook the fact I called out three times a month – at least – because I didn’t have the energy to get out of bed, let alone get dressed and go to work for 10.5 hours. It wasn’t enough to forget every day I came in five, ten, fifteen minutes late because my nightmares and thoughts kept me awake every single night. How I was handling my mental health, my mental illnesses, wasn’t enough.

Earlier that year – in September – I finally broke down and realized how much help I needed. I was making strides: therapy once a week, at home I had a Dialectical Behavioral Therapy (DBT) workbook that I bought, but hadn’t opened, meditating more, drinking less, nearly ten months free of self harm. For a while I was even showing up to work – and on time most days. The best I had done mentally in years. Until I started to slip. That’s how bipolar-depression works, you see. You slip, and each time you slip, you slip faster, and you slip far lower than you ever had slipped before. I had finally hit rock bottom (or whatever you want to call being steps away from intentionally walking directly in front of a moving bus).

After that I realized that what I had previously been doing wasn’t cutting it. I was nearly twenty-four years old, recently single, a two-time college drop out, and now unemployed for the first time in almost ten years. I had no purpose in life. I was no longer a student, or a lover, or even a employee of one of the most reputable companies in the health care industry. To me, I was no one. My name wasn’t even mine some days. Oh, dissociative states, how you always come at the worst time possible.

For the first week of being unemployed I was feeling okay with things. It was like a mini, unexpected vacation. I still had money in my bank account, and I was enjoying the newly found freedom I now had. Little did I know how long this unexpected vacation was going to last.

The second week, however, I started to realize that I was sleeping way too much – but I couldn’t help it. I was always tired, even after sleeping for fifteen hours (yes, fifteen hours straight). There were times I didn’t leave my room for three or four days. Ah, depression, my old companion I see you’ve came to visit, unwelcomed, as usual. The feeling of vacation had fizzled out and now the stress of being unemployed was sinking in. Bills were piling up and student loans had to be paid. I had been looking for jobs, but it’s not as easy as you’d hope it would be. Soon anxiety joined the depression I had been in and made for a terrible combination. My DBT workbook sat on my make-shift desk, and the three boxes of non-important personal belongings sat in my living room, under the table, out of sight. I avoided both things at all costs. I’m not ready for that, not now, not yet.

By my third week of being unemployed I found myself sitting in a large, gray waiting room, my leg shaking and my hands picking at whatever was most accessible. When my name was finally called I had chipped off nearly all the black nail polish on my left hand. I quickly stood up, gather my things, and followed this gentle, smiling man into his back office. What brings you in today? I paused as this man who is a stranger to me looked into my eyes as if he could see the fragile girl behind the tough exterior of a woman who never shows her weakness, and what could be weaker than mental illness? I start to tell the quiet doctor that my therapist thought I should come see him, but before I could get the sentence out he repeated his question, with an emphasis on the word you.

I mustered up the strength, the courage to tell him I’m here because I need help whilst rolling my eyes and sulking into my chair — while it was true I didn’t want it to be.

Better. I can work with that he stated I don’t care what others think or want for you, I care about what you want for yourself. Twenty minutes later and the good doctor was caught up on all the binge drinking, the suicide attempts, the self harm tendencies, the multiple and ever changing diagnosis’ and I was walking out with prescriptions in my hand to get filled. He told me I could fill them or not, the choice was mine. He also scheduled me a follow up appointment just in case I decided I wanted to “visit him” again.

I had a real chance at getting a grasp on my mental health – getting control of my life – a chance I had been given countless times before but never took half out of spite and half out of fear. So, I took it.

The next three months in short were trying. My once a week therapy sessions tripled and  I felt helpless for most of it. My days started to revolve around when I had to take my meds, when my next appointment was, mediating, and making sure I ate, slept, and worked out in some way. Who knew self care could be so exhausting. In between all of this I was applying to any job I could find, going on interviews, and never hearing back from them. It was discouraging, but luckily I had something else to focus on.

As time went on, I was able to go back to once a week therapy sessions. I learned better coping skills. I made the decision to become sober. I cut ties with people who encouraged my maladaptive lifestyle choices. I owned up to my bullshit. I got the help I had desperately been needing since I was a teenager. And I decided to make these changes, on my own – which is probably the most surprising thing out of all of this.

Looking back, I’m shocked. To say I did a complete one-eighty would be an exaggeration, but I am getting there. It took losing my job of four years to admit I wasn’t okay. It took losing that job, to realize how bad my alcohol dependency had gotten, to admit that I needed help and I couldn’t do it alone anymore.

It’s been nearly six months since my termination, and where I was once bitter and full of rage I’m now genuinely grateful that it happened. I’m not sure where I would be if it hadn’t played out how it did. As cliché as it may be, everything does in fact happen for a reason. 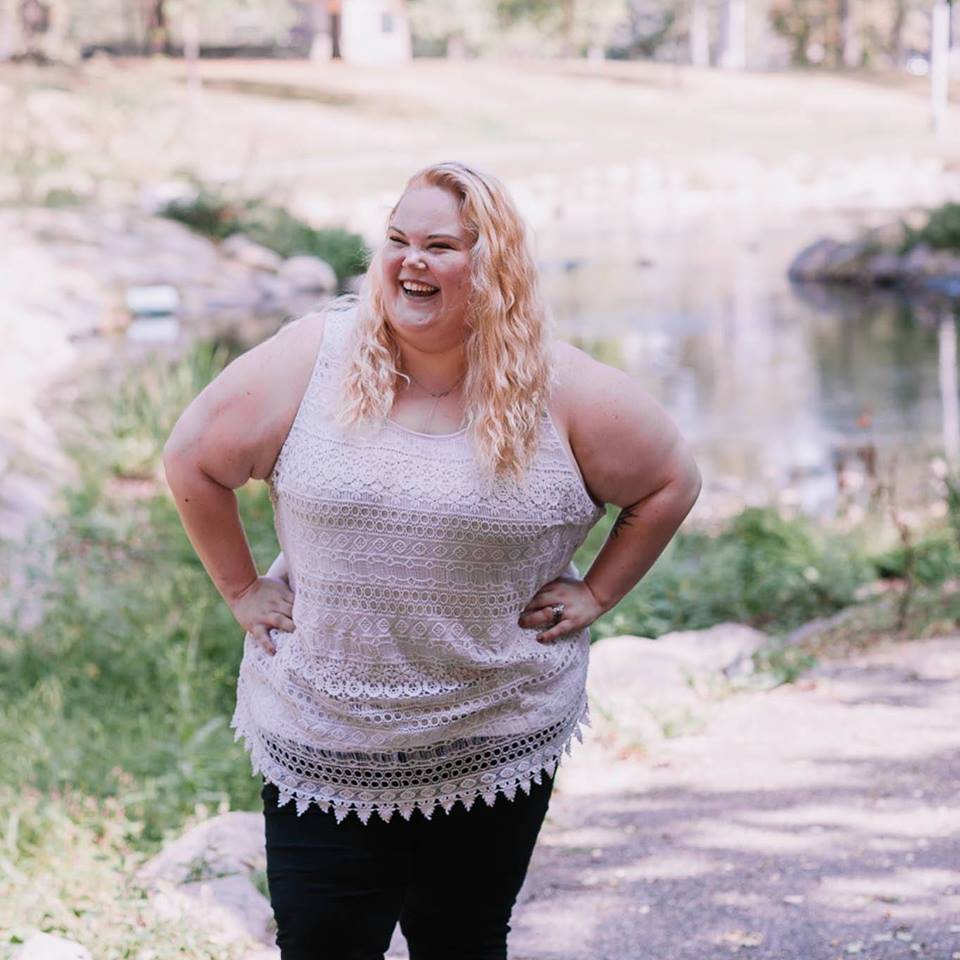 bisexual twenty-something self-published poet from new england. mildly obsessed with the night sky, bonfires, and self growth. living one day at a time, practicing radical acceptance and self love, always.